Following the loss in the very first match of the Abu Dhabi T10 League at the hands of the Bangla Tigers, the New York Strikers will aim to overcome their defeat in their forthcoming fixture. The Strikers lock horns with the Chennai Braves, who play their first match this season in the T10 league.

Despite the solid batting line-up that the Strikers boast, the side could not get the better of the Bangla Tigers in the previous contest. Furthermore, their skipper Kieron Pollard was the lone wolf in the squad scoring the majority of the runs. While the rest of the squad quickly needs to fire, their bowling unit with Wahab Riaz and Ravi Rampaul can yet again prove to be lethal against the Braves.

Chennai will aim to kickstart their campaign with a win but will face a tricky outing against the Strikers who already have some understanding of the pitch conditions and how to go about the game. Moreover, reeling from a loss, the Strikers will swiftly look to project some dominant cricket ahead of the clash.

The pitch has an inclination for the batters but certainly provides enough for bowlers to scalp early wickets. With an average score of 110 batting first at the Sheikh Zayed Stadium, bowlers will need to be on their toes and ideate plans well to restrict the rival side from having a high-scoring total.

The explosive Caribbean hitter yet again displayed why he can be relied upon during the crunch moments of the game. Pollard smashed the Bangla Tigers single-handedly as he scored an unbeaten 45 off just 19 balls at a strike rate of 236.84. Undoubtedly, the skipper will be one batter who could stand out with his aggressive hitting against the Chennai side.

The left-arm pacer has the ability to get some movement off the ball that can baffle the rival batters. Moreover, Wahab has been able to provide vital breakthroughs as he did in the previous encounter but that was not enough to get them ahead in the match. In any case, he along with Ravi Rampaul will look to be an integral asset in the bowling unit. 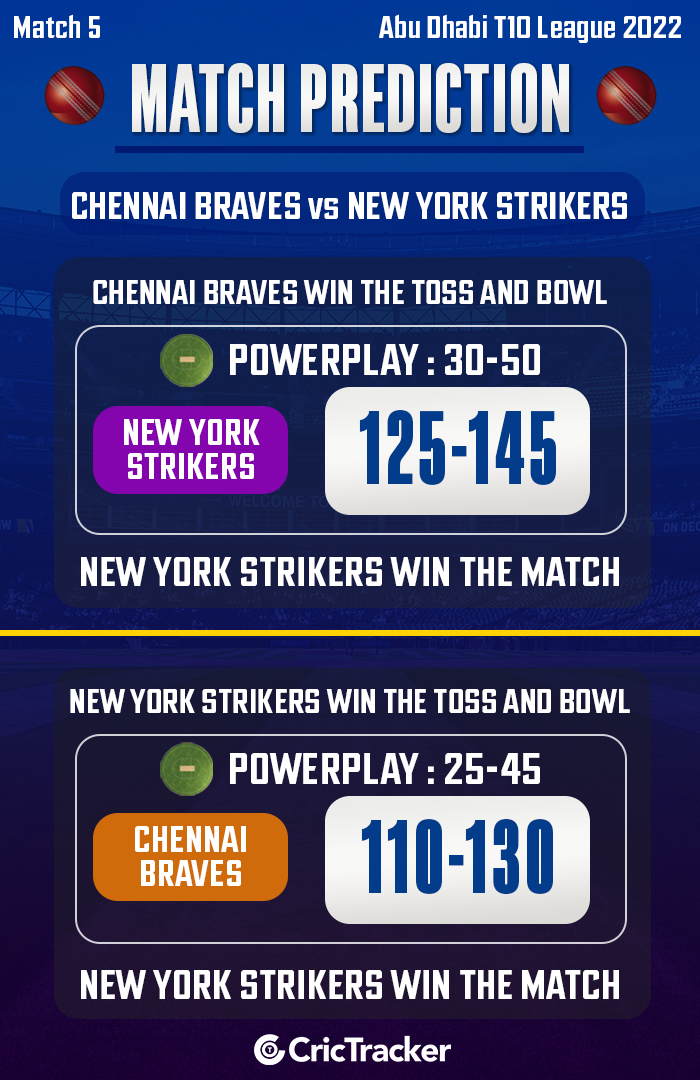