The Women’s Big Bash League (WBBL) 2022 will kick off with the Brisbane Heat facing Sydney Sixers at the Ray Mitchell Oval, in Mackay. Both teams will be keen on starting the season on a winning note. Sydney Sixers, who came eighth in the previous edition, would like to improve their performances this time.

Brisbane Heat defeated Sydney Sixers in both of their encounters last year, including one at this venue. The Sixers will find it tough to turn things around against a strong Brisbane side who’ve signed up some exciting new players.

A good batting track is expected for the first encounter of the WBBL. Batters will look to make the most of the field restrictions and try to score as many runs as possible in the initial six overs. The skipper winning the toss might want to have a bowl first.

Brisbane Heat has roped in senior English batter Danielle Wyatt in thier squad for the upcoming season. Wyatt has been in decent touch lately and can do a lot of damage during the field restrictions. Talking about her numbers in T20I cricket, she has scored 2159 runs from 114 innings at a strike rate of 123.93.

The Sixers skipper Ellyse Perry would want to lead from the front in the upcoming match. Perry is more than handy with the ball as she can bowl with the new ball as well as in the death overs. She will be a bowler to watch out for in the upcoming encounter. 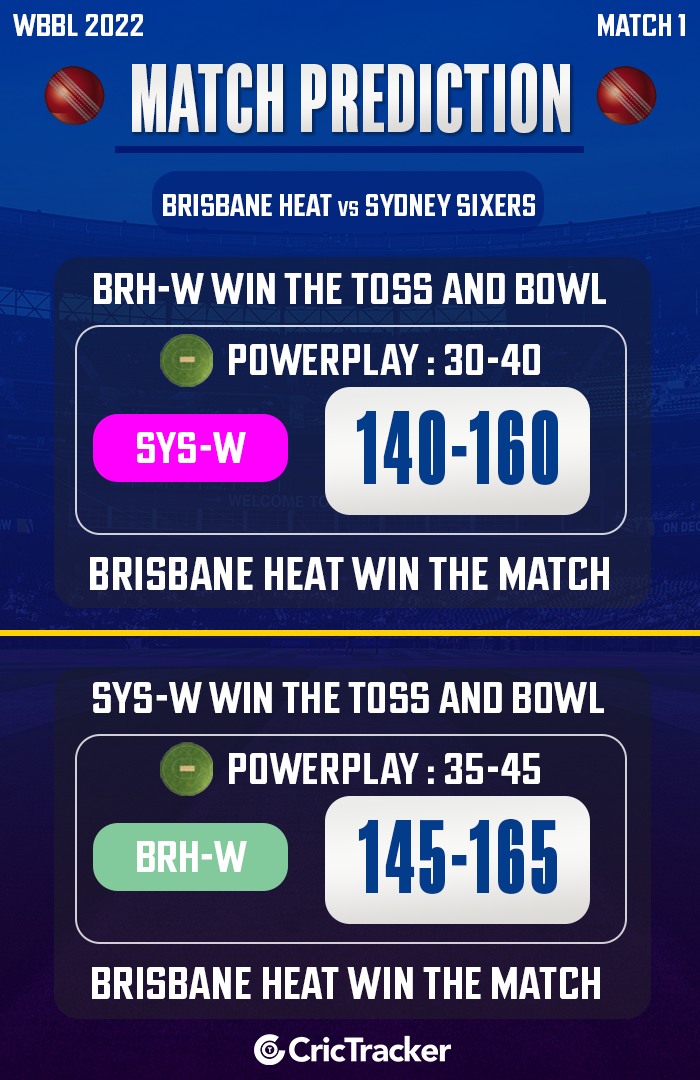