Mustafizur Rahman is serving the Bangladesh cricket team since 2015 and in these seven years, he has played spectacularly for his team by delivering standout displays. His debut against India grabbed the eyes of many cricket followers, and the performance emboldened him to deliver more to his team with his ferocious bowling attitude. His blockbuster shows gave him recognition in the cricketing world and he also became one of the renowned bowlers in the business.

By gaining immense popularity with his marvellous bowling, he soon got his Indian Premier League contract from the Sunrisers Hyderabad (SRH) in 2016. Playing his debut IPL season, the youngster didn’t miss a chance to show his capability. Playing 16 matches, he took 17 wickets at a majestic economy of 6.90. Till now, the Bangla Tiger has appeared in five seasons of the cash-rich league for different teams and he has delivered his best by delivering many match-winning spells. 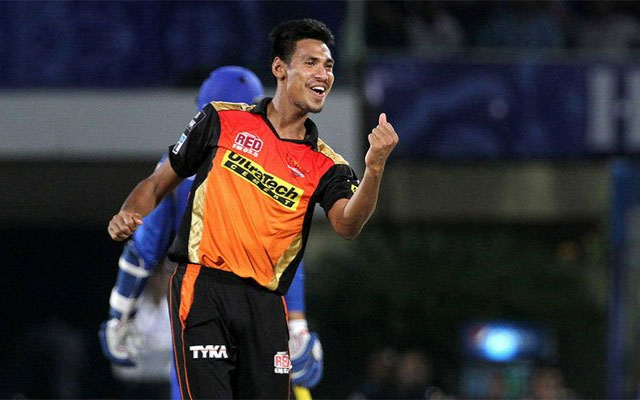 In the 37th game of IPL 2016, defending champions Mumbai Indians and Sunrisers Hyderabad were ready to face each other, and with that SRH bowlers had to face the strong batting line-up of MI including Rohit Sharma, Jos Buttler, Kieron Pollard, and Ambati Rayudu. To outwit this kind of batting order, SRH needed to deliver disciplined bowling.

While batting first, SRH posted a total of 177 on the board with a loss of three wickets. To defend the target, the team was relying on the experienced Ashish Nehra and Bhuvaneshwar Kumar, and both the bowlers delivered as per expectations by demolishing the top order of MI. On another side, young Mustafizur Rahman also chipped in by making the situation worse for MI by dismissing the lower middle-order batter Hardik Pandya cheaply at a score of 7.

Rahman also removed Tim Southee and Mitchell McClenaghan to help SRH to end the MI innings at a score of 92 and register a comprehensive victory of 85 runs. The youngster also became the highest wicket-taker of the match with Ashish Nehra for his brilliant figures of 3/16 in three overs.