The eighth edition of the ICC T20 World Cup is set to be the biggest tournament this year with 16 teams playing 45 matches across seven Australian cities for the coveted title.

The extravagant competition is back is set to commence in less than a week and fireworks will be expected when teams battle it out down under. Boards of the cricketing nations participating in the tournament have announced their 15-member contingents. Teams have begun ideating plans to balance their squad and will hope to attain consistency and rhythm in the warmup matches before the regular group stage matches kicks off.

The sport has evolved and so have the fitness standards of the players over the years. Every squad most certainly has atleast one player who keeps in decent shape and can be a game-changer due to great fitness. Cricketers have taken fitness levels a notch higher and have used that to supplement their game as well.

Teamwise one fittest cricketer in the tournament 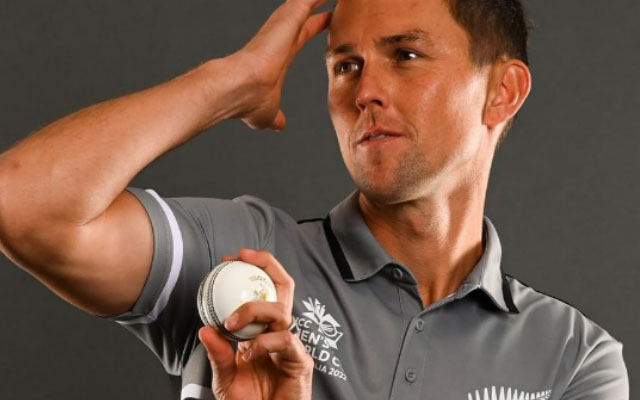 New Zealand spearhead Trent Boult is easily one player in the Kiwi setup who keeps himself in great shape. The Kiwis will be sweating on the fitness of the swing king in the forthcoming T20 World Cup.

The Black Caps pacer holds a strong physique and always works on his body which further helps him in his bowling. Boult presents a significant threat to batters around the world and is versatile enough to move the ball both ways even in unresponsive conditions.

The pacer is also one among the few fast bowlers with exceptional fielding skills and has a knack for one-handed blinders. Undoubtedly, the side will benefit with the services of the left-arm pacer in the marquee tournament down under.