Pakistan and Bangladesh are all set to take on each other in a nail-biting encounter at the Adelaide Oval in South Australia in the T20 World Cup 2022 Super 12 stages. The two teams are coming off contrasting results in their previous games and this is a must-win encounter for both sides with their chances looking bleak at the moment. The winner of this fixture will have to bank on other results to go their way if they have to qualify for the semi-finals while the loser will have no chance further.

After suffering two losses at the start of the tournament, Pakistan have bounced back well and are currently at the third position with four points from four games. On the other hand, Bangladesh are the fourth position with the same points from same number of games as Pakistan, while the net run rate proved to be the difference between the sides in the points table ranking.

Adelaide Oval has been one of the best venues to bat in the country and the true bounce. The skipper winning the toss will be looking to bat first and pile up runs on board which has worked out well in the venue so far.

Shan Masood missed out in the previous game, having been dismissed for just two runs against South Africa. However, the left-hander has been in really good form before that and has managed to bail the side out whenever the top-order has crumbled. The 33-year-old will be looking to make an impact in the upcoming fixture against Bangladesh.

Naseem Shah has continuously troubled the batters with his pace and he has been among the wicket’s column regularly. The speedster bowled exceedingly well in the death overs in the previous game against South Africa and he will be looking to continue his good rhythm. The youngster has shown a lot of maturity despite his early days in international cricket. 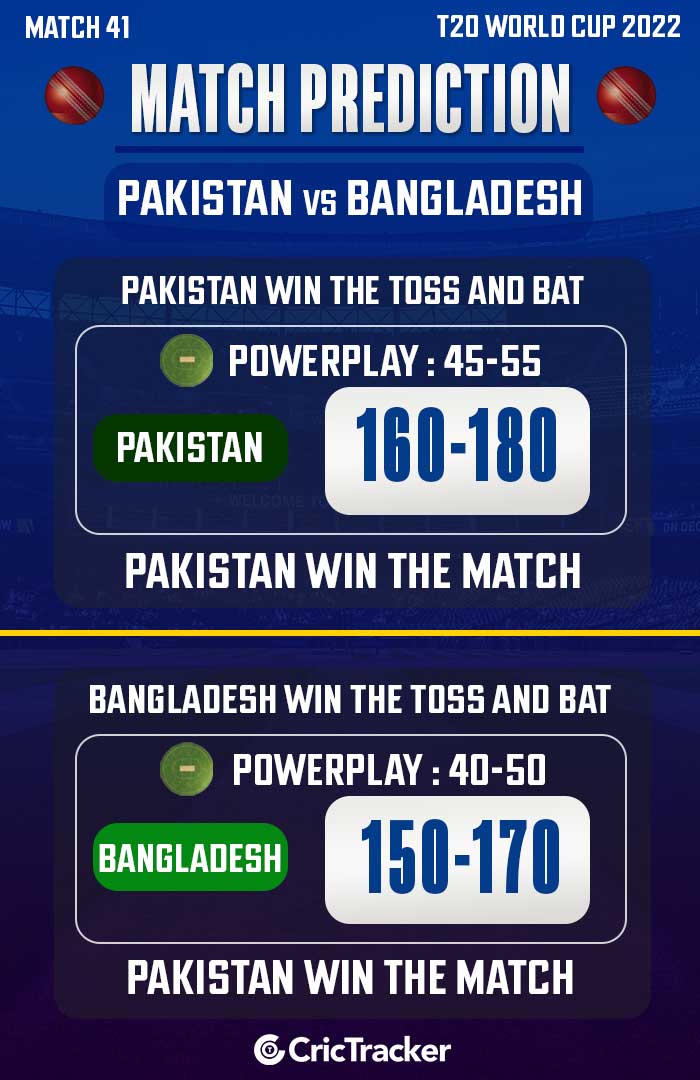