Melbourne Stars will take on Sydney Sixers in the 40th match of the ongoing Women’s Big Bash League in Melbourne on the 12th of November. The visitors are having a season to remember and are just a win away from moving to the top spot, replacing Brisbane Heat at the summit. However, Elyse Perry’s side are heading into the match after suffering a damaging defeat against Perth Scorchers in their last outing, followed by a washed-out game against Melbourne Renegades.

Meanwhile, their opponents Melbourne Stars, are having a torrid campaign this time around, managing just two wins in their eight outings. They head into the fixture after being beaten comprehensively by the Adelaide Strikers in their last outing. Nicole Faltum’s side will need an almighty effort from her side to halt the juggernaut of Sydney Sixers.

The surface at the Junction Oval offers a decent opportunity to the batters to open their arms as it has got true bounce and carry. The bowlers will have to be at their disciplined best to avoid punishment at this rather flattish track. The team winning the toss would be inclined to bat first in hopes of putting a match-winning total on the board.

Veteran Kiwi all-rounder Suzie Bates has been contributing handsomely to the Sixers campaign this time around, with 230 runs to her name in nine outings. Her partnership alongside skipper Ellyse Perry has been vital for the side, and the 35-year-old will be hoping to make her climb towards the summit of the run-scoring charts for the season.

Ashleigh Gardner has been influential with the ball for the Sydney Sixers in this year’s competition. The offie has scalped 14 wickets so far, the joint second-most in the competition, just one more than her teammate and fellow spinner Sophie Ecclestone. Both of them have been at the heart of the bowling attack for the Sixers this year. 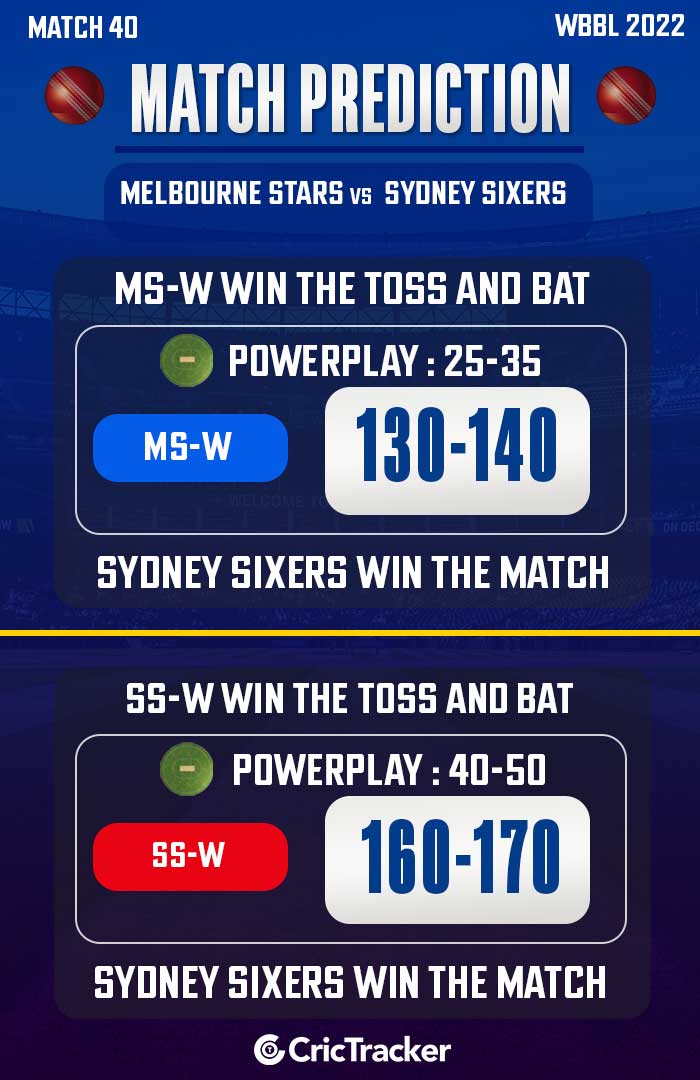