League leaders Gulf Giants will take on Sharjah Warriors in the 14th league fixture of the ongoing ILT20 at the Dubai International Cricket Stadium on Monday, January 23. Gulf Giants have won all four of their matches so far and are looking unbeatable at the moment. They head into the clash on the back of a thrilling run chase against the highflying Desert Vipers in their previous encounter.

Meanwhile, their opponents, Sharjah Warriors, finally got off the mark in the tournament after registering their first win on the fourth attempt. They defeated the Dubai Capitals to climb out from the bottom of the points table.

The previous game at this very venue produced a high-scoring thriller, and fans can expect the same in the upcoming game. The team winning the toss would be inclined to bat first on the venue in hopes of setting a daunting total on a batting-friendly surface.

While Englishman James Vince has been prolific at the top for the Gulf Giants, veteran Aussie batter Chris Lynn played a match-defining innings in the previous outing. The hard-hitting batter stitched an explosive partnership with Shimron Hetmyer to guide his side to a thrilling victory. He looked at his fiery best in the last encounter, which is a cause for concern for the rest of the league.

The star English bowler had a rare off day in the previous outing against the Desert Vipers. However, it was a high-scoring affair, and almost every bowler bled runs at an alarming rate. Jordan has seven scalps to his name in four outings, the joint-highest in the tournament so far. 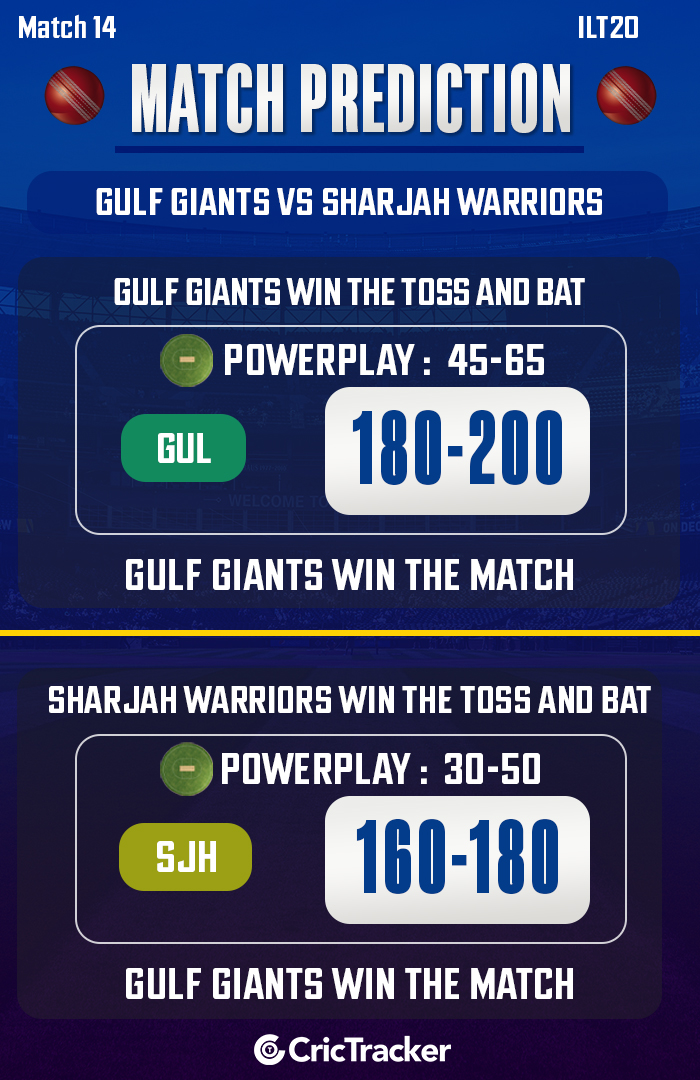