Skip to content
HomeSportsAUS vs ENG Match Prediction – Who will win today’s match?

Australia and England will square off against each other at the Adelaide Oval in South Australia in the first of three ODIs. The series will be the first assignment for both the sides after their campaign in the T20 World Cup 2022 and a mouth-watering clash is expected between these two high-quality sides.

The visitors, England will be riding high on confidence after lifting their second T20 World Cup title few days back and they will be aware of the conditions having thumped India in the semi-final at the same venue. Jos Buttler will lead the side which boasts of a lot of all-rounders and batting depth.

On the other hand, Australia failed to qualify for the semi-finals on account of their poor net-run rate and they certainly did not have the best of T20 World Cups given their strong squad. After Aaron Finch’s retirement in ODIs, Pat Cummins will lead the side in the upcoming series and a lot will rely on his shoulders with the 50-over World Cup coming up next year.

A run-fest can be expected at the Adelaide Oval usually, given the good conditions to bat. The spinners tend to get more purchase in the second innings, and the skipper winning the toss will be looking to bat first which has been the way to go at this venue.

Steve Smith will be looking to prove a point in the ODIs having been benched for the most part of the T20 World Cup 2022. The right-hander likes the ball coming onto the bat and he will thrive on the Adelaide pitch which has one of the best conditions for batters in the country. He is expected to anchor the innings with a mature knock and Australia will be hoping to see him start the series on a high.

Josh Hazlewood will enjoy the conditions at Adelaide given his height factor and he can extract a lot of bounce too. The right-arm seamer has got the knack of picking up wickets and is quite consistent with his lengths and lines. He has been an in-form bowler for Australia in the last two years across formats. 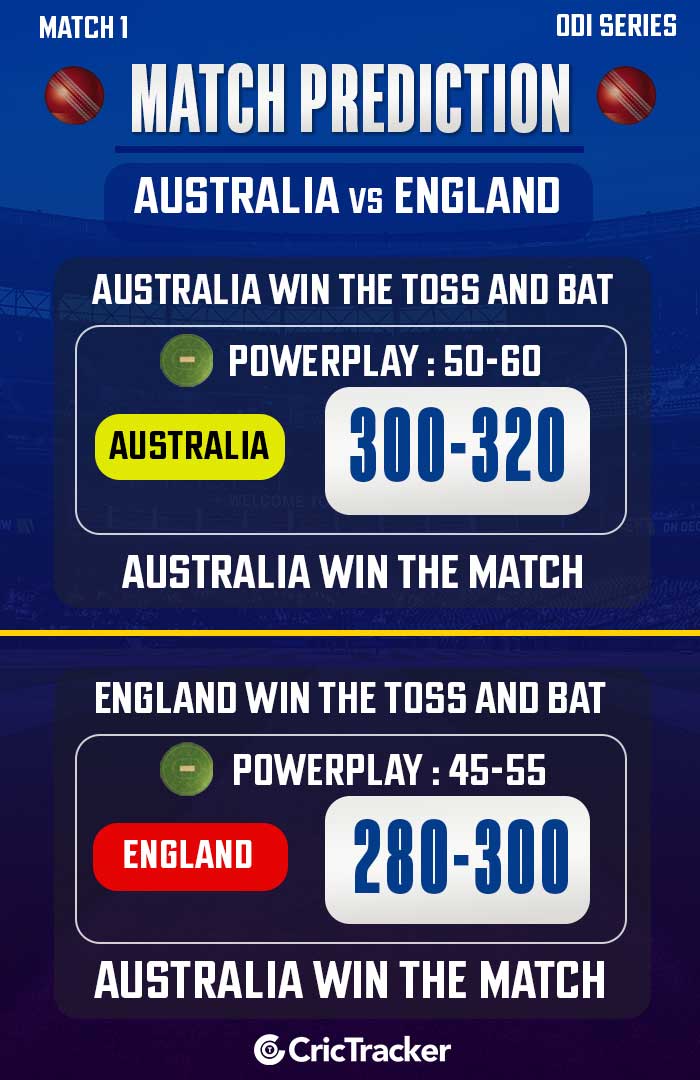