Gujarat Titans played some phenomenal cricket in the 15th edition of the Indian Premier League and wrote their name in the history books by winning the title in their debut season. In the build-up to the next season, they backed the majority of their players to come good and parted ways with only six cricketers.

With an eye on defending the crown in the 16th edition, GT filled the gaps in the squad with top-drawer players and they now have a well-rounded squad with a nice blend of youth and experience. But not all 25 players will be able to get an opportunity in IPL 2023. Let us look at the cricketers who might not play a single game in the coming season. 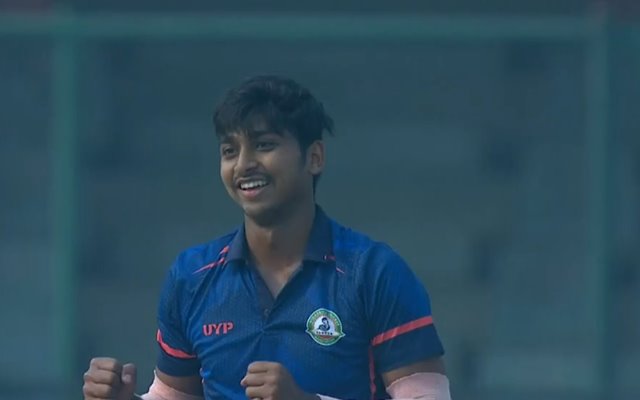 Darshan Nalkande has been a consistent performer in the Indian domestic circuit. The 24-year-old has featured in 21 List-A matches and bagged 34 wickets at an economy of 5.68. Talking about the shortest format, he has picked up 57 scalps in 34 matches at an economy of 7.60.

Gujarat Titans signed Nalkande at the 2022 mega auction to bolster the fast-bowling line-up. But the youngster could not perform as per expectations and could manage just two scalps in as many games leaking runs at an alarming rate of 11.42. However, the team management showed faith in the Maharshtra-pacer and retained him for the coming season.

Gujarat also have Indian pacers such as Shivam Mavi, Mohammed Shami, Yash Dayal, and Pradeep Sangwan. The ace pacers have fared well in the IPL area in the past and thus, they are likely to be higher in the pecking order. Thus, Nalkande might not get a single game.