Ben Stokes is one of the finest all-rounders in world cricket at the moment. Stokes was the architect of two of the greatest acts in cricket, the 2019 World Cup final at Lord’s and the 2019 Ashes Test at Headingley. Not just by sheer batting brilliance, he has left the world in awe with his lively bowling spells on many occasions.

Though most of Stokes’ phenomenal performances have come in Tests and ODIs, the ace all-rounder has shown his might in the shortest format too. He has scored 533 runs in 41 T20Is at a strike rate of 130.63 and bagged 25 wickets for his side. The Christchurch-born has proven his might in the Indian Premier League as well, scoring 920 runs in 43 games at a strike rate of 134.50 and bagging 28 scalps.

Stokes has entered the IPL auction landscape twice and on both occasions, franchises have broken their bank to rope him. With the 31-year-old expected to feature at the 2023 IPL auction, another bidding war could be on the cards.

Here are the franchises who could pick Ben Stokes at the upcoming auction: 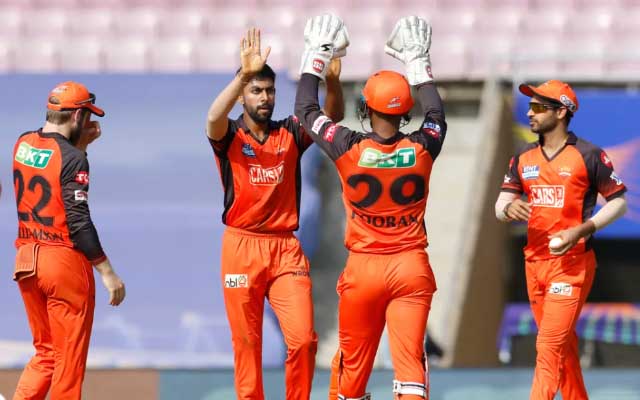 Sunrisers Hyderabad invested a whopping sum of INR 7.75 crore to sign Romario Shepherd for the 15th edition of the IPL. However, the 27-year-old failed to justify his price tag with his performances. Though Shepherd did a decent job with the bat, smashing 58 runs in three games at a strike rate of 141.46, he had an awful showing on the bowling front as he leaked runs at an economy of 10.89.

Following the mediocre showings, he was dropped from the side and was not given another run. It is likely SRH will move past Shepherd, which will in turn free up a huge sum. The Hyderabad franchise could use those funds to rope in a top-drawer all-rounder in the former of Stokes in the upcoming auction.

When it comes to high-quality all-rounder,s there are very few players who are at par with Stokes. The 31-year-old is a ferocious striker of the cricket ball and a brilliant contributor with the bat. With the England cricketer up for grabs at the 2023 IPL auction, SRH could go hammer and tongs to sign him and add depth to their side.