One of the primary reasons behind launching the IPL was to give inexperienced players a platform to prove themselves, and it has undoubtedly achieved that objective. Over the years, fans have seen the likes of Jasprit Bumrah, Hardik Pandya, and Arshdeep Singh taking the league by storm before making their international debut.  Historically, RCB has been one of the teams that have banked on big-name superstars.

However, the lack of success meant that they shifted from that approach, and even they have focussed on building a good core of talented players and not just stars. Harshal Patel, Padikkal, and Shahbaz Ahmed made their India debuts after joining RCB, while Patidar has been on the fringes.

Even at the 2023 auction, they bought talented players like Avinash Singh and Manoj Bhandage. However, with the funds they had and the requirements they had to fulfil, there were a few missed opportunities, and here’s a look at-

3 uncapped players RCB should have targeted at the IPL auction 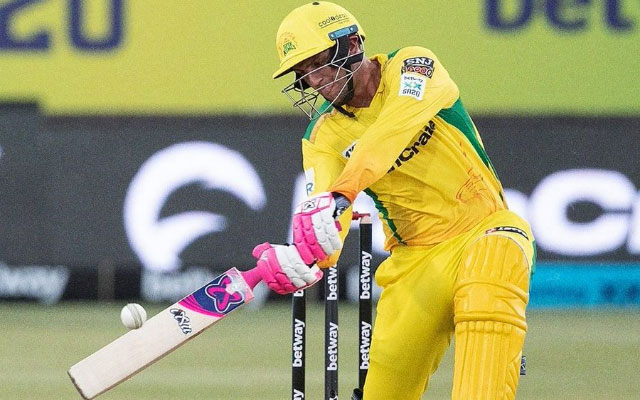 Donovan Ferreira has become an overnight sensation after his remarkable innings in the 2nd game of the SA20. He scored 82*(40) to rescue Joburg Super Kings from a precarious position of 27/4, and justified why he was bought by Rajasthan Royals in the IPL auction. RCB used one of their two vacant overseas slots on Will Jacks and splashed Rs. 3.2 crore on him. While he is a talented player and amongst the best young power-hitters, he is not a direct backup for Maxwell as he is an opener.

Maxwell is currently injured, and there is uncertainty around his participation in the initial set of games. If he doesn’t recover, they might have to play Jacks out of position, given that the top 3 are fixed. In such a scenario, Ferreira would have suited RCB better as he is a natural finisher and could have slotted in at six while allowing the likes of Lomror and Shahbaz to bat higher up.

After 28 T20s, he averages 44.78 and has a terrific strike rate of 15714. The South African can also bowl and even don the role of a keeper. He was the 5th most expensive buy at the SA20 auction and even attracted a few bids at the IPL auction.